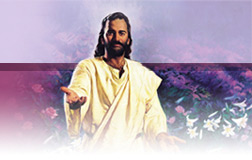 We can glorify God by even simple things as eating and drinking. It’s in the Bible, 1 Corinthians 10:31, NKJV. “Therefore, whether you eat or drink, or whatever you do, do all to the glory of God.’

What was the original diet God had planned for mankind at creation? Fruits, grains, nuts, and legumes. It's in the Bible, Genesis 1:29 ESV. "And God said, 'Behold, I have given you every plant yielding seed that is on the face of all the earth, and every tree with seed in its fruit. (A)You shall have them for food.'"

What change in diet did God allow immediately after the flood, when little if any vegetation remained?  It's in the Bible, Genesis 9:2-4, TLB. "All wild animals and birds and fish will be afraid of you, God told him; 'for I have placed them in your power, and they are yours to use for food, in addition to grain and vegetables. But never eat animals unless their life-blood has been drained off."

God told His people to be careful about their food and to make a distinction between what was good for them and what wasn’t. Its in the Bible, Leviticus 11:47, NIV. "You must distinguish between the unclean and the clean, between living creatures that may be eaten and those that may not be eaten."

The distinction between clean and unclean animals was not just a Jewish prohibition; it was in effect long before the Jewish people existed.  It's in the Bible, Genesis 7:1-2, NKJV. "Then the Lord said to Noah, 'Come into the ark, you and all your household, because I have seen that you are righteous before Me in this generation. You shall take with you seven each of every clean animal, a male and his female; two each of animals that are unclean, a male and his female'"

This distinction between the clean and unclean will continue to the end of time. It's in the Bible, Isaiah 66:15,17 NIV. "See, the Lord is coming with fire, and his chariots are like a whirlwind; he will bring down his anger with fury, and his rebuke with flames of fire...'Those who consecrate and purify themselves to go into the gardens, following one who is among those who eat the flesh of pigs, rats and other unclean things—they will meet their end together with the one they follow,' declares the Lord."

Daniel and his friends practiced a vegetarian diet. It's in the Bible, Daniel 1:8, 12 NKJV. "But Daniel purposed in his heart that he would not defile himself with the portion of the king’s delicacies, nor with the wine which he drank; therefore he requested of the chief of the eunuchs that he might not defile himself...'Please test your servants for ten days, and let them give us vegetables to eat and water to drink.'"

What were the results? It's in the Bible, Daniel 1:15, 20, NKJV. "And at the end of ten days their features appeared better and fatter in flesh than all the young men who ate the portion of the king’s delicacies...And in all matters of wisdom and understanding about which the king examined them, he found them ten times better than all the magicians and astrologers who were in all his realm."

What is the Bible's view on alcohol? It's in the Bible, Proverbs 20:1, RSV. "Wine is a mocker, strong drink a brawler; and whoever is led astray by it is not wise."

Do smoking cigarettes, or using drugs bother God? Your body is a temple for God, Holy Spirit. It's in the Bible, 1 Corinthinans 6:19-20, NKJV. " Or do you not know that your body is the temple of the Holy Spirit who is in you, whom you have from God, and you are not your own? For you were bought at a price; therefore glorify God in your body and in your spirit, which are God’s."

Does what we eat really matter spiritually? Food can become our "god" if we are not careful. It's in the Bible, Philippians 3:18-19, NKJV. "For many walk, of whom I have told you often, and now tell you even weeping, that they are the enemies of the cross of Christ:  whose end is destruction, whose god is their belly, and whose glory is in their shame—who set their mind on earthly things."

I was born to reflect the image of a God who is powerful enough to create my universe, attentive enough to hear my prayers and loving enough to be defined by self-sacrifice. I find my greatest fulfillment on a journey toward purpose and wholeness.

We use cookies to personalize content and ads, to provide social media features, and to analyze our traffic. We also share information about your use of our site with our social media, advertising, and analytics partners.